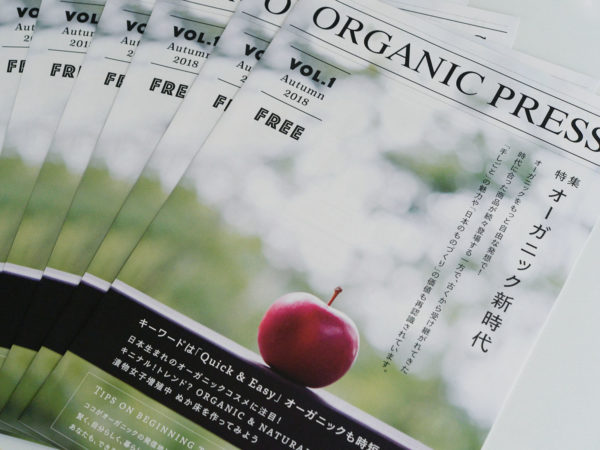 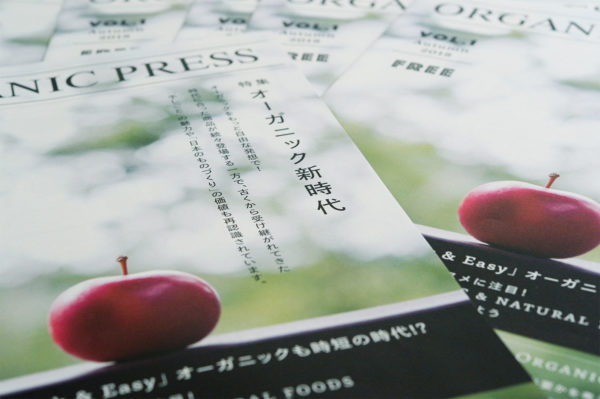 The organic industry press site, "Nuri, which creates a website for us.ORGANIC PRESS Issued a free paper to introduce the organic lifestyle to the general public as well as those involved in the industry.I did art direction and design.

The page incorporates pop elements that are not too flashy, according to the content that makes it easy to incorporate organic and eco in the lifestyle not only for people in the organic industry but also for general women who are not particular about organic. I will.

In terms of fonts and colors, while websites for the industry use monotone and basic fonts, we used pink and handwritten fonts to create an "exciting design."

Vol.2 introduces natural food recipes and publishes global food trends in commemoration of the new launch of the ORGANIC PRESS recipe site "ORGANIC RECIPE" produced by Nuri.
The cover is summery, and the grilled meat is boldly placed to create an image that directly conveys the deliciousness of simple food. The graphic design uses the same format to give a sense of unity with Vol.1.

On the cover page, as an organic trend, "Proposal of a new lifestyle", and the image photograph that makes you feel a new era, Adam and Eve bite, and human beings enter a new era The apple that is known to have rushed into is appointed.
Initially, I laid out an image of seven apples lined up, but because I wanted more impact, which was the first issue, I reduced the number of apples to one and changed the expression to a simple one with a blurred background.